Insuring to infinity and beyond 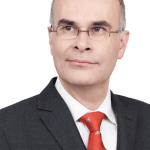 Pascal Lecointe, Space Line Underwriter at Hiscox London Market, has 21 years of experience in insuring risks from the business of space as well as aviation products liability and political risks. He is also a member of Lloyd’s Market Association Space committee and Chairman of the Space Risks Study Group of the International Union of Aerospace Insurers, among other professional activities.

Insurance for space sounds like science fiction, but you’ve been doing this for decades. How has this specialty evolved, and where does it stand now?

Let’s do a little bit of history. Insurance for space has, for quite a significant time, been focusing mainly on large TV broadcasting satellites. These satellites, worth a few hundred million dollars, were often financed by pools of banks, who demanded insurance as a covenant for the loan. The insurance would cover any events leading to either a reduction of the satellite mission or the satellite being completely destroyed – typically during the launch phase or later on, when the satellite started operating in space.

Then it gradually evolved to providing insurance as well for commercial observation satellites, providing pictures for the agricultural industry, for road mapping, for these kinds of civilian applications. Today, actually, alongside the exponential growth of the space industry, we are seeing a much wider variety of missions, from sending cargo to the international space station, to manned missions to very different missions realized by very small satellites, which we would call “cubesats”. These are doing a variety of functions: observation, data collection, Internet of Things, following planes, following ships – plenty of applications. That’s the way space insurance has evolved.

Cubesats started maybe 10-12 years ago, when some university professors wanted to design and manufacture satellites with their students. Of course, a university cannot afford to build a hundred-million-dollar satellite. This kind of miniaturization, it’s like flying a smartphone. The combination of miniaturization and gradual, cheaper cost to access space has made these cubesats possible. And that has reduced the entry cost to the space industry. That’s what is leading to exponential growth today.

New, disruptive technical risks are quite challenging to insure. They are often managed by governments through space agencies. That's typically when you want to design and launch a new rocket, when the maiden flight wouldn't be insurable.

What are some opportunities for business and the wider world being enabled by insurance of space risks?

New, disruptive technical risks are quite challenging to insure. They are often managed by governments through space agencies. That’s typically when you want to design and launch a new rocket, when the maiden flight wouldn’t be insurable.

But once that first step has been proven, then space insurance becomes what I call an enabler for commercial developments. As the risk failure is insured, accessing financing is much easier. And this is for a large variety of missions. For instance, space is going to be a fantastic tool today to help fight climate change. With the amount of data you can collect from space, you can monitor the evolution of certain metrics like carbon dioxide concentration, methane concentration. There are plenty of applications. And this will be facilitated by the risks being managed.

How big is this opportunity for the insurance community?

Twenty years ago, the global space market represented, roughly speaking, 1 billion dollars of premium per year. That shrank a bit, but with new developments in space flight and technology, this year it’s 600 [million], we expect it next year to be more than 700, 750 [million]. With the development of many projects, including large constellations, we could quite quickly go back to the previous level of premium income. So, the opportunity is great.

How is the underwriting process different?

The timing of the underwriting is a bit different, because quite often we would write the risk before it materially exists, as insurance can be purchased up to three years prior to the launch taking place. A company could come with a project, maybe they have started to do some manufacturing, to do some proof of concept work, then at some stage they want to access financing and they ask how can this risk be transferred to insurers.

What we call space insurance is starting at the point where you push the button and the rocket ignites. And then the rocket hopefully lifts off, you go into space, the rocket phase finishes – that’s a few hours – and then the satellite is released into space, switches itself on, and starts to be tested and ultimately becomes operational. So, the most conventional kind of coverage that we are offering is launch to the initial year of operation.

As we are starting to write the risk before it’s actually on the launchpad, we take lots of things into consideration. We continue to underwrite the risk up to the point where it launches, because sometimes, when there was a plan to use a particular component on the satellite, well you might change that component because you had an issue during manufacturing, or maybe it’s that similar satellites had a technical problem you want to avoid repeating it so you change your design. So the underwriting is a very thorough and long process, which starts at a very early stage and finishes at the point where the launch takes place.

What all this means is that you have to have a deep technical understanding in order to underwrite the risk. You either are yourself a satellite scientist or rocket scientist, or you rely on external experts, which will provide you with their understanding of the risk.

One other point unique to space is that, if there is a problem, which potentially leads to a claim, well, you cannot easily access the satellite and investigate while it is orbiting in space. The only thing you can do is rely on a flow of data, if available, to assess what went wrong, and measure the extent of the damage. There are possibilities, but very limited possibilities, to fix anything.

As a space insurance market, we have insured, in the past couple of years, very innovative missions, which were called mission extension vehicles, where smaller satellites go and dock with an older satellite and extend its life by providing guidance and control, once the main satellite has exhausted its fuel. That opens the door for maybe one day, a satellite has a problem and you can send another vehicle to fix it. But at the moment it’s quite challenging.

What are some of the risks unique to the space environment?

The solar cycle, which is an 11-year cycle, is always important. In different phases, the flow of charged particles is going to be different, and will of course, lead to much more charging of satellites, then leading to more failures because you would have initial static discharge. This is one of the technical elements.

It’s a little bit like marine insurance, in one way. You wouldn’t underwrite a ship travelling across the Northwest Passage in the same way as a ship sailing through in the Mediterranean. Space has different orbits, different radiation levels, different particle levels, so that’s another element to consider.

A large element to consider is space debris. Consider a one-cubic-meter satellite – one meter by one meter by one meter. The probability of that satellite on a low earth orbit being hit by a piece of debris that creates significant damage was one in a million. So, fairly small. Today, the probability of that same satellite, on the same orbit, being hit by debris is one in 10,000 in any given year. So, the risk has increased by a factor of 100.

Now, one in 10,000 remains quite small compared to the risk of the satellite failing because of technical problems, for which the order of magnitude is maybe one in 100. So, debris is still only accounting for one percent of the overall risk, but you can see that this increased risk is a significant concern.

What can be done about this space junk?

As insurers and Lloyd’s, as an historical player and an important market player today, I think it’s right that we voice our concerns for more management of space debris. Many stakeholders are understanding that, if we’re not acting collectively debris, we’re going to kill the ecosystem. 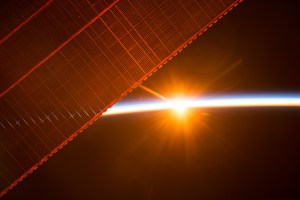 Last month, US regulators said that they would soon enforce requirements that a satellite finishing its mission – a low-earth satellite, because that’s where the debris issue is most important – would have to come back, fall and burn in the atmosphere, within five years of its end of life, making sure that space junk doesn’t stay in orbit for tens of years. The previous regulation was 25 years. That’s now reduced to five years, and that’s a great improvement.

You worked as an engineer in the space industry before Hiscox. How did you get involved in the insurance sector? And what keeps you in it?

Very simply, 21 years ago, I saw an ad in a specialist space paper, where a Lloyd’s syndicate was looking for technical experts. So I moved to London at that time and 20 years down the line I’m still underwriting space risk.

I think the great thing about the job is that it pulls in very different activities and skills. I often compare large-risk underwriters – and space is within that – as a kind of Swiss Army knife. You need to have plenty of skills, you need to do all sorts of things. Of course, technical analysis of the risks insured is just one key element. Developing client relationships, building and managing a portfolio of risk, are some of the other elements.

Our activity as underwriters is not that different, from that point of view, from what a fund manager would do with a portfolio of shares. Just that we have a portfolio of risks. We also work with third-party capital providers such as reinsurers.

The climax of the activities is when you get invited to see launches. That’s where you see the risk taking place, materializing, from maybe Cape Canaveral or China or French Guiana. And that’s really great. The job requires a lot of travel because you go and meet regularly the clients and the manufacturers all over the world from U.S., China, Japan, India, all the countries involved in space. Last but not least, you get to meet people like Elon Musk or Jeff Bezos.

What’s ahead for the future of space insurance?

Working with our partners in the Lloyd’s market, Brit syndicate, we have developed a dedicated product for these small cubesats called Llift Space – it’s a double L, like Lloyds. We have combined our forces and we’ve created new products, that are simplified – combining not only the launch insurance, but what we call the prelaunch insurance. How do you ship your satellite from your factory in, say, Southampton to Cape Canaveral, and cover all those risks in transporting and installing the satellite on the rocket just before the launch takes place?

What we’ve done with this product is really to combine knowledge and capacity to be able to provide a new type of coverage for this new space economy.